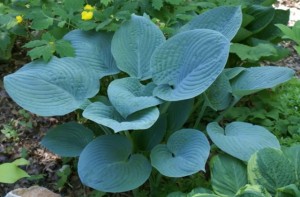 We are often asked, “What is the bluest or best blue hosta plant?” 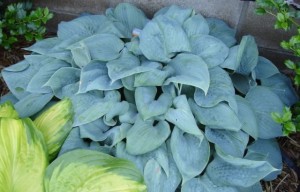 Hostas are generally bluer when they first emerge as this is when the leaf bloom is developed. Hosta ‘Fragrant Blue’ (which ironically is not fragrant) has an uncanny ability to send up new foliage late into the season which helps this hosta stay blue longer. Blue hostas plants are also generally bluer as they mature and the leaves generate a thicker leaf bloom.

Why Is My Blue Hosta Not Blue?

Now that we know why blue hostas look blue, we can figure out why they sometimes don’t look blue. The glaucous coating on the hosta leaf is susceptible to the elements of Mother Nature. 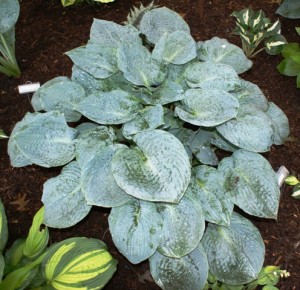 Great hybridizing efforts have led to hostas with very thick leaf blooms that stay blue almost the whole growing season. Other blue hosta varieties emerge a brilliant blue but are blue/green to green by July. Blue hostas hold their color better in cooler climates and we have read articles of blue hostas being green by the end of May in the south.

There are also in our opinion different shades of blue. Some look silvery blue and others have a deep blue.

So, What Is The Bluest Hosta?
We have seen numerous posts on garden forums and everyone has their own opinion!

Here is a list of our favorites among the blue hosta plant varieties that we offer.